When IATA’s internet of logistics project, ONE Record, was in its infancy Finnair Cargo was at the table. Today, Finnair is helping spearhead one of six critical pilot projects along with multinational telecommunications giant, Ericsson. We spoke to Ericsson’s Hasse Römer and head of digital cargo at IATA, Henk Mulder, in Helsinki, to ask why.

When a passenger at an airport gets a gate change, they can simply check the board and go, but if a package goes missing, it might stay lost. You can’t ask a cardboard box where it is or where it’s going, but what if you could ask its digital twin?

ONE Record is an ecosystem of air cargo stakeholders, communities and data providers all working towards an exciting and revolutionary data-sharing standard of the same name. “It’s about visibility,” explains Henk Mulder, Head of Digital Cargo at IATA, “and the ability of any party in the transport chain to track the data and status of goods being shipped, wherever they are.”

Two years ago, in Geneva, Hasse Römer, Intrapreneur at Ericsson and ONE Record pilot leader, first presented the idea to some of the world’s most prominent cargo leaders.

“It was the Finnair Cargo people,” Römer recalls, “who immediately leaned forward in their seats and said we want to be part of this.”

Finnair was one of front-runners among airlines, but today IATA is working across the industry with 60 partners to develop standards. There are six pilot test groups experimenting with data sharing across their logistics chains. Ericsson, together with Finnair, is running one of these pilots. 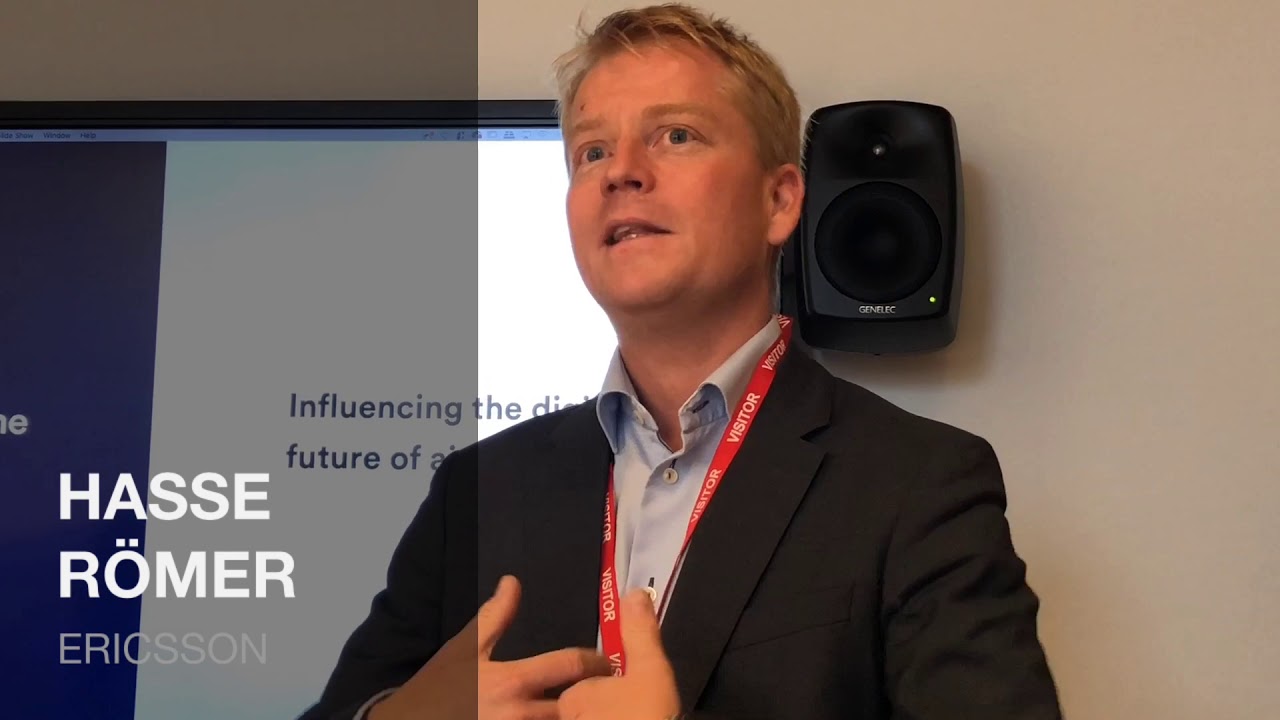 IATA’s Mulder stresses that Ericsson’s role – not just as an ICT player but as a shipper – was very important for getting the project off the ground. Ericsson were able to leverage their position in the chain because they’re a major customer of the logistics industry, he says.

“As a shipper, we wanted to be able to plan better,” says Römer. “We thought if we could capitalise on 5G more in our own logistics, we’d be able to cut out waste in our supply chain and say goodbye to empty trucks and cargo planes.” The first step is to create digital twins for all the physical goods to be tracked.

Monitoring cargo as it moves

“A digital twin for every object will eventually tell the whole logistics chain everything they need to know,” says Mulder.

Goods could then even be cleared through customs from the cloud before their arrival or be re-routed during a snowstorm without having to call people in.

In the same way that we can now take our mobile phone anywhere and make it work, Ericsson’s smart cargo of the future should be able to roam the entire world while still reporting back to the system. It’s about shifting from a rigid transport chain to a very dynamic one – a virtual cornucopia of innovation.

“Finnair in its own operations has already made impressive investments in digital cargo,” Henk Mulder of IATA asserts, “which will allow them to embrace the opportunities that ONE Record brings.”