These amazing drone uses are redefining the image of "air cargo"

Drones are already a part of life in the logistics industry, from managing warehouse inventories to delivering life-saving medicines. We show the latest and most amazing examples of how drones are impacting the definition of air cargo and permanently changing the face of transport.

Whether delivering your pizza or covering the last air mile of a long journey, the widespread use of flying robots is no longer confined to science fiction. Unmanned aerial vehicles (UAVs) are here to stay, and what’s more, they’re already being used in ways that most of us haven’t even thought of.

From safer stocktaking to life-saving deliveries as air cargo, we took a look at five real-life cases of drones on the move.

Flying between the shelves 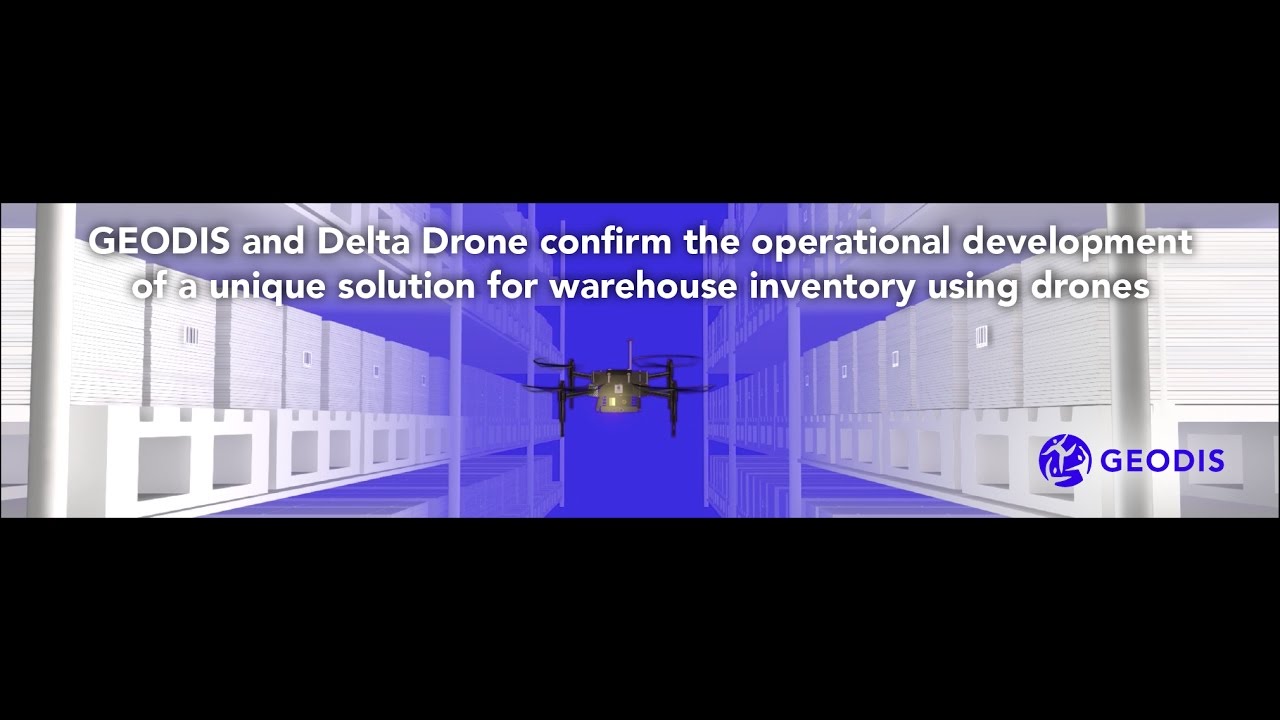 After two years in development, French logistics firm Geodis launched its fully automated warehouse inventory solution in late 2018. Designed to operate entirely without human intervention, these drones zip through the aisles of any warehouse logging data and monitoring stock.

Equipped with HD cameras and automatic recognition, a drone relies on its robot partner to charge up as needed, allowing it to operate continuously for long periods and in low-light conditions. This drone / ground robot solution is designed to be compatible with any type of Warehouse Management System.

Warehousing currently comprises just under a third of logistics costs in the US, and with the rise of online commerce, it’s a sector that’s under increasing pressure to be competitive, safe and sustainable. The use of drones not only cuts labour and running costs, but also ensures that otherwise risky jobs – like scanning out-of-reach barcodes – can be done safely, swiftly and effectively. 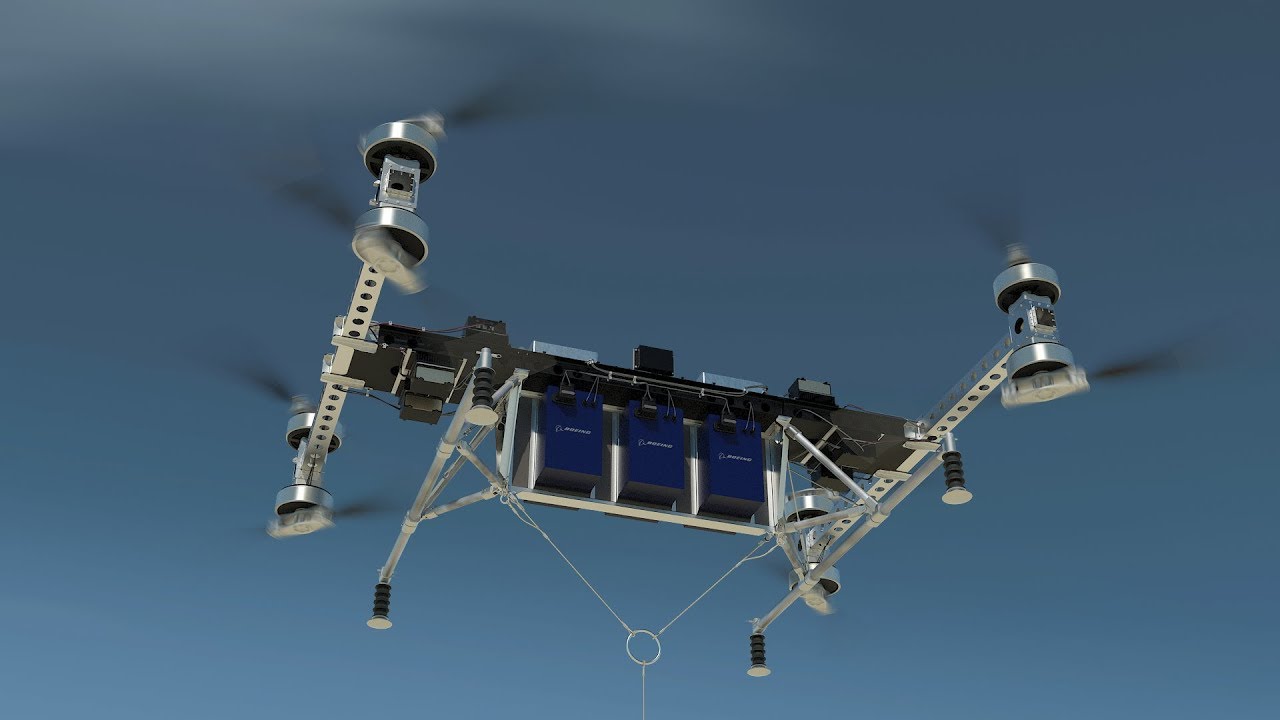 With a concept that’s set to redefine the freight world, aviation giant Boeing recently announced the first successful outdoor trial of its heavy-lifter cargo drones. These powerful automated Cargo Air Vehicles (CAVs) are designed to carry up to 227kg, meaning they’re ideally placed to plug the logistical gap between micro-deliveries and mass freighting.

Since its design was first revealed in 2018, the CAV has evolved from an initial concept into a workable prototype. The possibilities are endless for this modern workhorse, which could become an essential transportation tool across many industries. Boeing plans to continue working on these heavy-lifters in the coming months, testing further to gain insight into forward flight, load analysis and vehicle performance.

Drones were lauded as crucial to the firefighting effort when iconic Notre Dame Cathedral in Paris burned in April 2019, where UAVs operated alongside a ground-based water spitting robot. It now seems only a matter of time before drones are on the front line, collecting, carrying and offloading liquid cargo to save property and lives.

A recent collaboration between Kaman Corp. and Lockheed Martin demonstrated an unmanned military K-MAX helicopter communicating with another drone to collect water then perform a targetted dump to extinguish a fire. While presently such craft have a relatively limited load capacity, even small drops could allow the versatile K-MAX to save lives. The ability to create a safe landing zone for manned aircraft could be crucial to containing a blaze, while drones can also deliver critical supplies in hazardous conditions.

Factor in continual advancements in load-bearing capacity, and it seems clear that drones will eventually be a game-changer when it comes to battling fires. 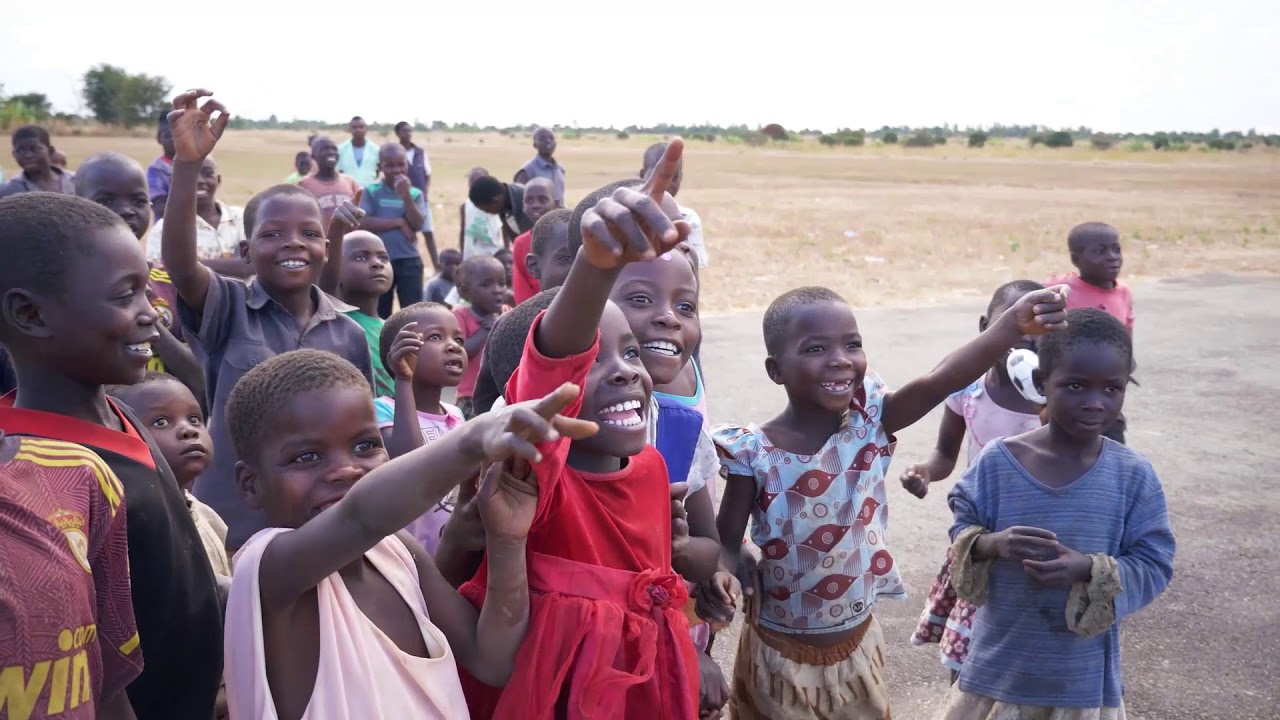 Drones have the potential to be real heroes in crisis zones, delivering food and medicine to people in need while keeping humanitarian workers out of harm’s way. UNICEF has already set up a testing corridor in Malawi to trial the use of drones to transport vaccines, medical supplies and blood samples. However, one company decided to take things a step further.

POUNCER drone manufacturer, Windhorse Aerospace, hopes to eventually make the frame of its autonomous aerial vehicle from edible substances, bringing a whole new meaning to eating “on the fly”. The current prototype is made from wood with a wide hull and wings that encase vacuum-packed foods and medical supplies.

The aid package is being designed in consultation with NGOs, and could potentially include blankets, clothing and vaccinations as well as foodstuffs. The largest version is able to haul up to 100kg of mixed supplies, with more lightweight models having a glide range in excess of 35 km. 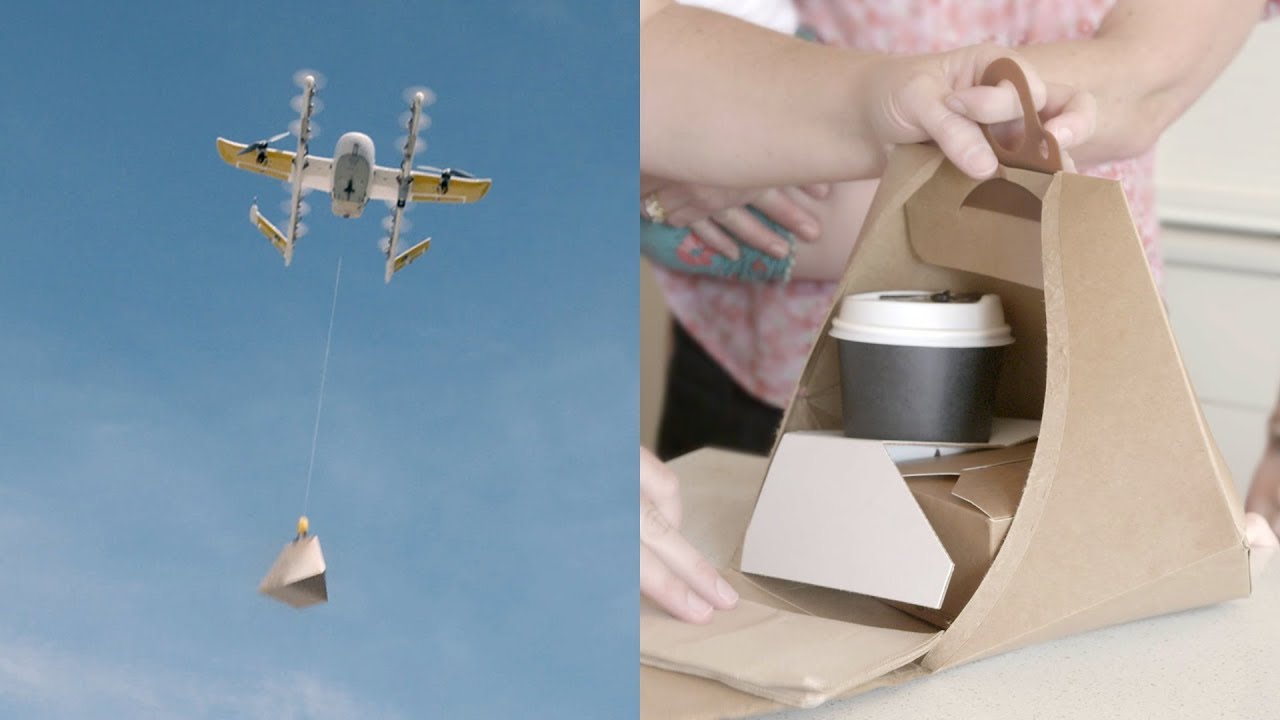 These delivery drones are designed to be faster, cheaper and more environmentally-friendly than their human competition. Carrying their cargo (for example, a tasty burrito) direct from supplier to consumer, they can make a drop with doorstep accuracy, gently lowering their precious cargo onto terra firma on a retractable wire.

It’s hoped that drone delivery will dramatically reduce traffic congestion, making a significant contribution to emissions reductions. And there’s the added bonus of not feeling guilty for failing to tip the deliveryman.

In late 2018, Alphabet announced plans to launch its delivery service in Helsinki, which is currently being piloted by grocery retailer, the S Group. Finland’s abundance of available airspace and its notably flexible drone regulations make it one of the world’s best test sites. So, be sure to watch this airspace for exciting developments!