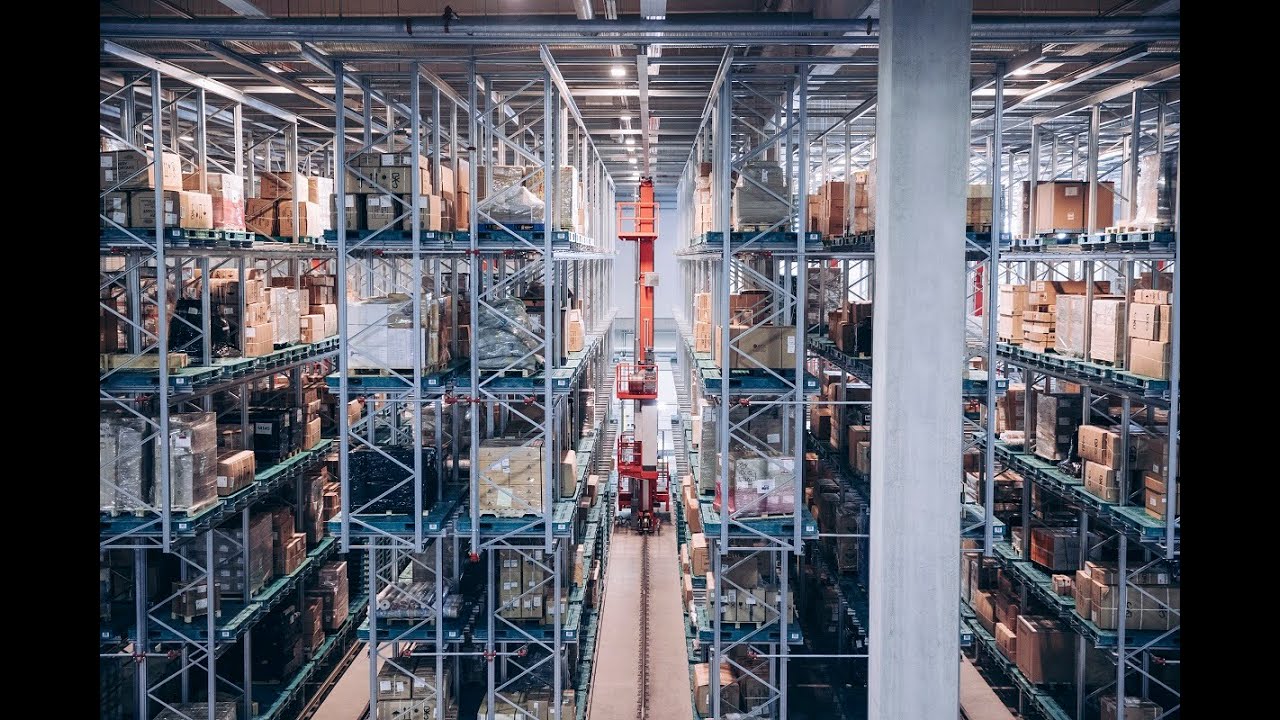 Updated May 2019. Finnair's new COOL Nordic Cargo Hub at Helsinki Airport was opened for full operations at the start of 2018. It is one of the world's most modern air cargo terminals and a leader in temperature-controlled logistics.

When you combine this technology with Helsinki's proximity to Northern Norway and the short flying time from Helsinki to Japan, Finnair becomes a critical bridge for Norwegian seafood producers sending high-quality produce to Asia. Here are some amazing facts about the COOL terminal.

The 10th of October 2017 was the COOL terminal’s first day of operations – 67 tons of salmon and live king crabs passed through and continued on their way to Seoul, Singapore and Tokyo. That’s the same weight as about 150 hippos.

36 hours from fjord to fork

It takes 36 hours for Norwegian salmon to travel from Norwegian waters to a Japanese plate. The route from Norway sees salmon trucked down from the top of Finland as road feeder service to the Cargo hub at Helsinki Airport. 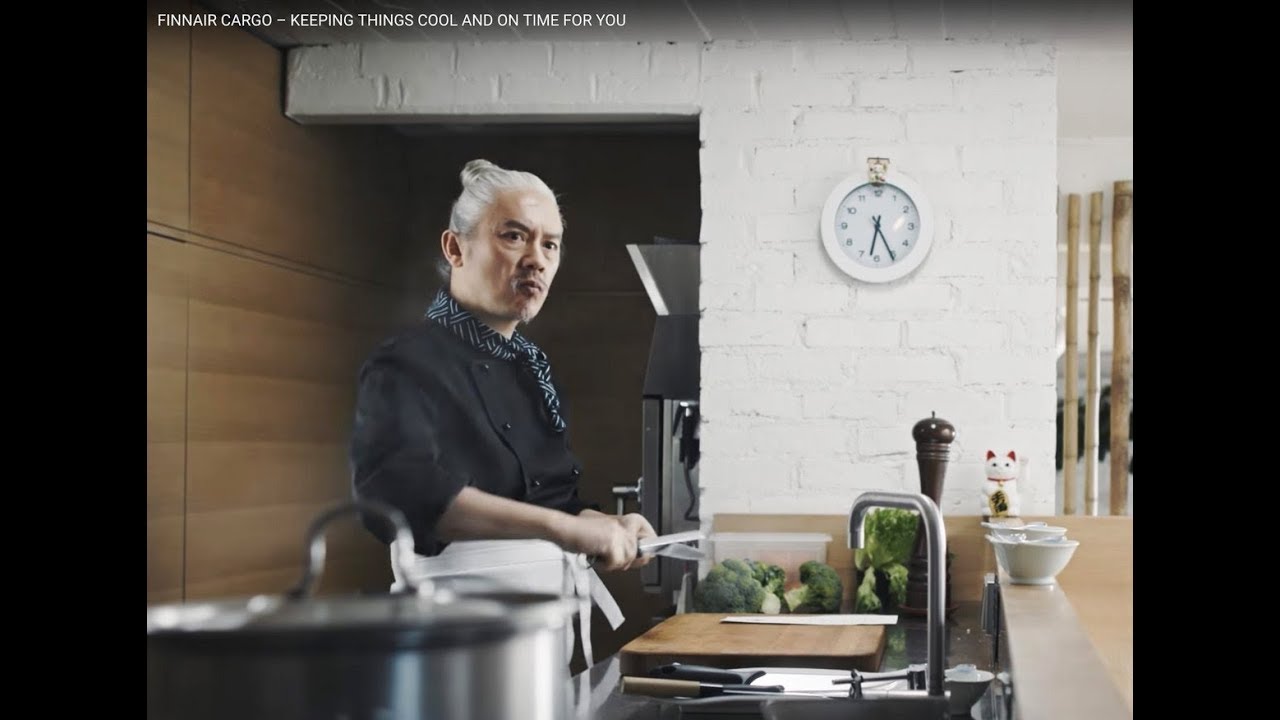 Over 700,000 kilos of goods carried by Finnair Cargo every day

Trucks and aircraft bring cargo to the COOL terminal at Helsinki Airport. Some of the most common cargo items are consumer electronics, medicines, and perishables like seafood and flowers. The perishables industry is set to expand even further in 2019 as global consumers demand fresh food out of season.

200,000 kilos of seafood cargo to Japan every week and it’s set to rise thanks to the new terminal

To give you an idea of how much that is, when you buy a fillet of salmon in your local supermarket it typically weighs around 700 grams.

Cargo transported by air amounts to only around 1 per cent of the annual global flow of cargo, but is 35 per cent of the market value, and that’s because of high-value items like salmon and king crabs.

100,000 kilos of special cargo transported by Finnair Cargo every day

Medicines are some of our most frequently flown special cargo. Brussels and London are important hubs for Finnair’s pharmaceuticals cargo and raw materials for pharmaceutical production are often flown to Europe and then on to Asia as ready products.

Transfer points between plane and road services are critical junctures for temperature control and that’s why Finnair has built a dedicated pharma center to manage the transition. Finnair was the first airline to receive IATA's prestigious CEIV pharma certification which is a global standard for the handling and carriage of temperature-sensitive products.

1,200 solar panels on the roof of COOL terminal

This solar energy provides 10 percent of the building’s annual energy consumptions and supports Finnair’s sustainability strategy which aims to reduce environmental impact. Each of the installed panels can produce up to 260 watts of energy and the annual energy production level is estimated to be approximately 265 MWh/a.

Improving the energy efficiency of its facilities is a part of Finnair’s sustainability strategy. Sustainable development was a key consideration in building the new terminal, and the building’s sustainability features earned the terminal a “very good” rating under the BREEAM sustainability certification.

There are sensors that record and control the temperature and an alarm rings if anything goes off track. The pharma-dedicated part of COOL is monitored from the Cargo Control Center which is located at the new cargo terminal. The average temperature in the pharmaceutical area is 20° Celsius and there are special sealed-off rooms for storage between 2° and 8° Celsius and for goods that need to be frozen. Pharma acceptance to COOL is a specialised process that meets CEIV criteria.

Seafood and other perishable cargo kept below 8° Celsius

Thanks to sensors, Finnair Cargo can monitor the temperature of seafood over its entire journey. This means that restaurants in Japan can be 100 per cent confident in the freshness of the salmon flown by Finnair Cargo. At the COOL hub the packing area for seafood and other perishables is kept between 6° and 8° Celsius and the storage area at 2° Celsius.

Perishables move to the aircraft stand only 30 minutes before departure

Unlike general cargo that is moved 50 minutes beforehand, perishables go later. This reduces the time they are exposed to outside weather conditions.

31,000 square meters is the total capacity of COOL

In the first five days of COOL’s opening in January, Ari Soinola, Director of Cargo Excellence, showed that his fitness tracker calculated he had walked 70-80 kilometers inside the new terminal. To put 31,000 square meters into perspective, that’s six American football fields.

There’s space for the COOL Nordic Cargo Hub to grow by an additional 10,000 square meters

The new belly load capacity of the incoming fleet of A350s means an increase of cargo handled by Finnair of 45 per cent by 2020. The COOL terminal has been built to meet that load increase and has room to expand when business grows even further. In April 2019 Finnair received its 14th A350 wide-body aircraft.

The terminal is now staffed by more than 300 cargo and logistics professionals and they are supported by technology partners from different countries. In May 2019, Swissport was announced as the new terminal operator.